Omar Danial is the President and major shareholder of Finial Capital. He lays the company's vision and directs its overall strategy.

Mr. Danial is a staunch believer in creative thinking and social entrepreneurship, involved in the “positive economy”. Founder of the Swiss International Scientific School in Dubai, he is also the president of Manotel Group and has defined the group's strategy for over 23 years, with experience in hotel acquisitions, disposals and repositioning. Mr. Danial's investment focus covers private equity fields as diverse as education, real estate, hospitality, life sciences, sustainable energy and cultural heritage initiatives.

Mr. Danial has sponsored The Hub at the Webster University, an entrepreneurial creativity centre and focal point for entrepreneurs to exchange knowledge and receive in-sight on their start-up projects. Furthermore he created, funded and taught a junior creative entrepreneurship program for teenagers at the Institut Florimont in Geneva.

A five-time offshore powerboat racing world champion, Mr. Danial extended his passion to another class of boats, the historic paddle steamers navigating on Lake Geneva. As a former shareholder and Board director of the Compagnie Générale de la Navigation, he believes the restored steamers are an invaluable part of the local cultural heritage. Please visit www.cgn.ch for more information.

A Swiss citizen, born in Geneva, he was brought up in Texas and California before returning to Switzerland to complete his education. Mr. Danial holds an M.B.A. from the Webster University in Geneva. He also holds a B.Sc in business, marketing and sociology from the same university. He currently serves on the Advisory Board of the University of St. Louis, Missouri (USA). 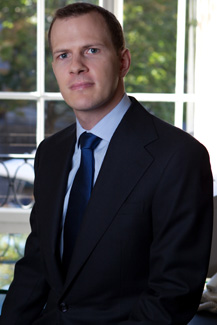 Marc de Chassey joined Finial Capital as Chief Executive Officer in 2009. He is in charge of running Finial Capital's day-to-day operations as well as shaping the company's investment focus and strategic decisions.

Whilst at JER Partners, Mr. de Chassey was involved in over €3bn of consummated transactions in various Western European countries across a range of assets including office, residential, hotel, retail and logistics. Specifically, he was responsible for acquisitions and asset management operations in France, Switzerland, Spain and Portugal across all property asset classes as well as for hotel acquisitions on a pan-European basis for two private equity funds with close to €1 billion in capital. Mr. de Chassey served on JER Partners' European Investment Committee and was also a member of the Board of Directors of major publicly-listed property companies in Belgium and France.

Mr. de Chassey holds an M.Sc in Foreign Service, with a specialization in International Business and Finance from Georgetown University, Washington DC, and an M.A. in International Affairs from the Institut d'Etudes Politiques, Sciences Po, Paris. He speaks fluent English, French and Portuguese, and is proficient in German and Spanish.